THE MYSTERY OF COVID-19 AKA SARS COV-2


With all the conspiracy theories rumbling around the internet today, it is very difficult to get a handle on the truth with regard to this current pandemic. What we do know seems shrouded in a political haze of finger pointing and hysteria.

In order to find some clarity on this subject matter, we should go back to the beginning. At least the beginning as far as we can know. We were initially told that this was a virus that began in the wet markets of Whunan, China. Just for the record, the Wuhan National Biosafety Laboratory (Level 4) of the Chinese Academy of Sciences works with and studies the world’s most dangerous pathogens such as Severe Acute Respiratory Syndrome (SARS), and Ebola. Hence the speculation that this particular pandemic might have arisen as the result of a laboratory accident. And that is why so many are questioning the concept that this occurred in the wet markets of Whunan.

Part of this mystery seemed to have been exacerbated by the near panic that computer models induced while making projections with regard to SARS CoV-2. Anyone who lives in South Florida is familiar with the way that computer models are used to track the possible progression of hurricanes during our busy hurricane season. These projections look a bit like a spilled bowl of spaghetti projecting initial landfalls from the Florida Keys to South Carolina and beyond.

In the beginning, there was very little known about this disease. This is why we needed to be very careful not to underestimate its severity. Although Covid-19 is from the same family as our common cold, 2% of all who are infected will die from this disease. Covid-19 symptoms range from mild to fatal. We did not know that the models were drastically overestimating the morbidity and mortality of the infected. We were very concerned, and rightly so, about overwhelming our hospital resources. If those models were correct, we stood to see millions of lives lost. Hence the learning curve for most of us concerning epidemiological jargon such as “flattening the curve” and “incubation times.”

Thankfully, that did not happen. What did happen was a total lockdown of the country that is only now beginning to be rolled back. I do not want to play armchair quarterback, and hindsight is always 20/20. Just suffice to say that in the entire history of medicine, quarantine was never used to segregate an entire population of healthy people.

It was perfectly understandable in the beginning, but once we realized what was really happening on the ground, we should have adjusted our strategy to fit the problem. That strategy would have looked like:

Today we are still seeing lots of conspiracy theories being promoted. I do not want you to get sidetracked. Any forthcoming vaccine will not be the Mark of the Beast. I just want to point out the fallacy of listening to only one expert. We listened to the World Health Organization (WHO) tell us that this disease was not contagious. We heard them say we should not wear masks. That was also echoed by experts from the Centers for Disease Control (CDC) and the National Institute of Health (NIH). Then there was a complete about face on that subject. 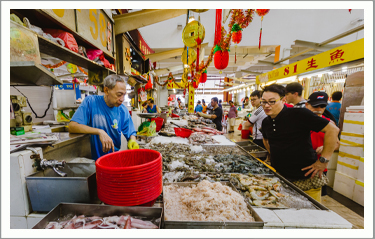 Here is a short timeline concerning this pandemic. Taiwan sent letters to the WHO on December 31, 2019 asking them for clarification about the Whunan outbreak. Instead, Red China pressured the WHO to ignore that letter until it recently surfaced. Until the letter was made public, the People’s Republic of China and the WHO denied the letter even existed.  But this was not even the worse part. The Red Chinese and the WHO concocted a way to blame Whunan’s Wet Market for this pandemic. While wet markets in other countries do have exotic animals, including bats, the Whunan wet market was exclusively selling seafood not bats or pangolins. The WHO continued to carry water for the People Communist Party’s claiming that live animals were the source of the pandemic and that the research laboratory in Whunan had nothing to do with this virus.  As of May 9, 2020, the WHO is still blaming a seafood wet market for this pandemic.

Here is an important question. Was this a naturally occurring zoonotic infection? We are seeing some of the evolutionary faithful say that this was a naturally occurring disease. There are many examples of zoonoses stemming from fungal, parasitic and bacterial sources. They can come from direct contact, indirect contact, vector-borne, foodborne or waterborne. Today, those evolutionists are pushing back on the government engineered theory of SARS CoV-2. There are those who are convinced that this is the result of natural selection.

I have some questions for those who are so certain that mother nature didn’t get any help whatsoever from virologists in Whunan.  Skeptics ask, if this zoonotic jump was not the result of natural selection but rather was laboratory driven, why didn’t they choose a more lethal pathogen? That sounds like a good question until you realize that creating a worst-case scenario in biological warfare would be self-destructive. The goal isn’t to destroy all of humanity, it is to cripple your enemy with, well I don’t know, maybe a pandemic that would destroy a national economy in a matter of months? But I digress.

Those who are suggesting that this a completely naturally occurring pandemic also admit that there has to have been at least two beneficial mutations to accomplish this goal. First, the virus must lock in, either directly or indirectly to the host cell. Then there must be another beneficial mutation at the cleavage site giving it easy access to hijack the reproductive genetic contents of healthy cells.

While this is not beyond the realm of possibility, it is highly speculative as are all evolutionary scenarios. I would like to end with a quote from Ken Stedman, a biology professor at Portland State University who is an expert on viruses and the spread of viruses. He spent time talking about the origins of COVID-19 and answering questions by text.

But then, if you also look specifically at the genes that are present in these particular viruses that are causing COVID-19 right now in us, those are extremely similar to a bat virus that was found by the Chinese in some caves in China, that is not (emphasis added) identical to the one which is infecting humans now, but it’s so similar that it’s highly likely that this virus, which is infecting us and the one that’s infecting bats, came from a common ancestor probably not that long ago. So probably there was a bat virus and that bat virus somehow got into humans. That’s where the big question is right now. We don’t completely understand what that is. [Crowley, Jared. (2020) Did COVID-19 start in bats? How did it transfer to humans? Answering your coronavirus questions. KGW Portland, OR.]

Did you listen carefully to this expert’s words? These viruses are “extremely similar” but “not identical” to the current virus infecting humans today. Note as well the words “highly likely” and “probably” are part of his description. He concludes that “We don’t completely understand what that (the evolutionary process) is.

It becomes clear that we still do not know a lot about the origins of Covid-19. There are many professionals that are not in agreement with one another and that is not necessarily problematic. Time is the friend of science. As we continue to learn more about this pandemic, it will help us to face new threats in the future. This is the second serious SARS outbreak in 20 years and it is far more lethal than its predecessor.

At the Creation Studies Institute, we endeavor to keep our focus on real science. Not the musings of the proponents of molecules-to-men evolutionary theory. We will continue to give our attention to these matters and we covet your prayers and support as we endeavor to reach the world with the truths of Creation and the gospel of our great God and Savior, Jesus Christ.