We constantly discuss this problem every time someone is allegedly mistreated on the basis of their ethnicity. Some blame all forms of inequality exacerbated by the uneven playing field. They claim our society is plagued with what many would claim is systemic racism. But what is the real issue concerning our need for, and lack of, social justice? Before we can address the problems associated with social justice, we should first define our terms.

Notable figures such as Aristotle and Augustine wrote about Social justice. This term has come to be understood as a concept of fair and just relations between the individual and society. This is measured by the explicit and tacit terms for the distribution of wealth, opportunities for personal activity, and social privileges. In Western as well as in older Asian cultures, the concept of social justice has often referred to the process of ensuring that individuals fulfill their societal roles and receive what was their due from society. (Wikipedia, 2019)

Currently, race has become a major focus of our society’s lack of social justice. No one can ignore the truth that people of color are treated differently in our justice system. Some of that has to do with economic constraints, but the statistics clearly indicate that minorities are not being afforded equal protection under the law.

Another glaring problem in the search for social justice is that race is a social construct. If we are to take God’s Word seriously, we must conclude that there is only one race, the human race. while speaking in Athens, the Apostle Paul preached the gospel to the Greek philosophers of that era. In doing so, he made it crystal clear that all men are closely related to one another.

26 From one blood (man), he made all the nations, that they should inhabit the whole earth; and he marked out their appointed times in history and the boundaries of their lands. 27 God did this so that they would seek him and perhaps reach out for him and find him, though he is not far from any one of us, Acts 17:26-27.

It is not by accident that Luke’s geneology traces the Messiah’s lineage all the way back to Adam. We are truly one race, the human race. So, from where did this construct based upon minor differences in appearance and culture come from? According to the Encyclopedia of Race, Ethnicity, and Society, Volume 1 (2008), the social construct of race is a grouping of humans based on shared physical or social qualities into categories generally viewed as distinct by society. The term was first used to refer to speakers of a common language and then to denote national affiliations.


This included using it in biology. While, like the term “species” which Darwin and other of his contemporaries struggled to define, “race” is also an ambiguous term. In truth, race is an artificial social construct. It is not intrinsic to human beings, but it is identity created.

Sadly, this term has been used by some to ascribe a lower status to certain groups of people. This is typically used by white supremacists and others, to pigeon hole entire groups of people into a less than human or a category of subspecies. Anyone who doubts this perverse application of race need only to read Charles Darwin’s discussion of human races in Descent of Man (1871).

This current outcry had to do with the tragic killing of Botham Jean in his own apartment by off duty police officer Amber Guyger. The negligent police officer was convicted of manslaughter and sentenced to 10 years in prison. Many thought the sentence was too short but, in this case, it was the jury who decided the length of her sentence.

Aside from the fact that many thought she deserved a life sentence. What followed was an explosion of outrage on Facebook, Twitter and other social media forums. The reason there was so much angst over this verdict was due to the unusual circumstances that surrounded her sentencing. Not only did Botham Jean’s younger brother, Brandt, give us a heart wrenching display of true Christian forgiveness, he asked permission from the Judge to hug the convicted murderer of his brother. Although he thought this was off camera, his actions were caught and seen by millions of people.

Brandt Jean’s choice to forgive Amber Guyger was followed by the judge, Tammy Kemp, also hugging the killer and giving her a Bible. You may or may not think justice was served in this case, but the horrible things I read on Facebook from other believers about this shocked me to the core. Some people, rather than praising our great God and Savior, Messiah Jesus, for this display of grace in the midst of the storm, hurled ugly racist epithets at this judge. They seemed upset that Brandt would forgive this woman. I am pleased to say that just as many or more were praising the Lord with me concerning this display of the Holy Spirit’s grace and power in truly adverse circumstances. 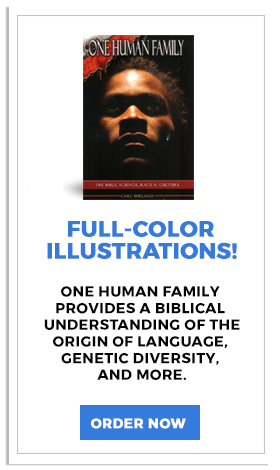 I am old enough to remember the brutal attempted murder of truck driver Reginald Denny during the riots in Los Angeles in 1992. I was just as shocked that this severely brain damaged man left the witness stand to go and hug the mothers of the men who attempted to murder him. He never fully recovered. Reginald could not remember the attack at all, but his relationship with the Lord was also on display for all to see.

I remember being greatly displeased with the sentence these two men received. The jury deadlocked 11-1, and it meant that the primary attackers of Reginald Denny would do little time for their crime. They were acquitted of aggravated mayhem that would’ve had them facing a possible life sentence. Instead they were found guilty of only misdemeanor assault and one count of robbery. Both served little time. Was this verdict justice? No, but it proves my point that mankind cannot always achieve justice in a fallen world.

Now that we understand that racism is a social construct that is not based upon the truth of God’s Word, let’s make sure that we understand the pain and the anguish of those who face injustice. Whether it’s the victims themselves or their families. Let’s also remember that we who have trusted in the risen Savior will not spend one moment suffering under the Creator’s righteous judgment against us for our own sins. We should also remember that God is holy and righteous all the time. He never does anything that would violate His own character as revealed in His Word. Abraham knew this, and he used it in making his case against allowing the wicked and the righteous to suffer the same judgment concerning Sodom, Gomorrah and the other cities of the plain.

The Almighty can be trusted to always do the right thing. We are encouraged to follow in our Savior’s footsteps and show mercy and grace to others. This includes looking for social justice when we see the scales of justice being tipped in one direction or another. At Creation Studies Institute, we want to stand up for those who are being taken advantage of. We want to have our Father’s point of view when we see wrongs committed and people being treated unfairly. One thing we can be very certain of is that people will reap what they have sown. God tells us that He is not mocked, whatsoever a man sows, so also shall he reap.

Herein is the best news ever. You and I can reap what the Messiah has sown on our behalf. That is our choice. We can either be judged not guilty by virtue of what the Savior did for us on Calvary, or we can stand before Him in our own self-righteousness and be judged according to our own works.

Please prayerfully consider supporting the work of God at Creation Studies Institute as we confront the world, the flesh and the Devil with the truth of our great God and Savior, Jesus Christ. It is the gospel that can cure the ills of our present world by changing hearts and minds. The gospel is the power of God that transforms sinners into saints. It changes bigots, who once reviled and hated others, into people that can truly love others with God’s love.