SURELY THE WORLD HAS GONE MAD!

The Long War Against God
The statement above was written by the late Henry Morris (1918–2006) in his insightful book, “The Long War Against God” (1989). It appears as the last sentence of Morris’ first paragraph and is used to set the stage for his powerful and provocative theme. It is indeed an accurate description of what we are witnessing today. Morris begins in the first sentence, “An unprecedented confusion is now permeating the modern world.” It is still going strong, and the war against God seems everywhere, taking hostage innocent souls and putting them in eternal bondage.

Henry Morris is considered the Father of Modern Creation who was a prolific author writing over 50 books on science, scientific creationism, and the Bible. He was a premier hydrological scientist and devout biblical scholar who articulated that the God of the Bible was the Creator of the universe. Morris became the apologist of the Genesis account, standing on the foundational belief that God’s Word is true and that the earth was young in the range of 6,000 years. He believed that evolution was not science and that it was falsely proclaimed. Morris profusely declared that evolution is founded on the idea that those who accept evolution use naturalism to destroy the belief in God and outwardly support atheistic naturalism. 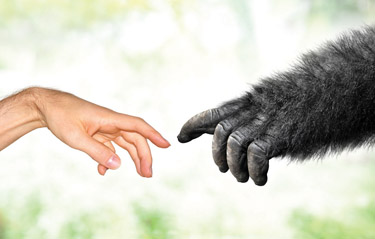 The denial of God is the root of every human problem, taking many forms —over time one of which is evolution.

In “The Long War Against God,” Morris wanted to discuss the scientific and theological problems with evolution, demonstrate an open war on the weak, and prepare the atheistic pathway for destructive movements like racism, Nazism, Communism, and moral relativism.

Today the problems that plague the world are similar to those that Morris wrote about thirty-plus years ago. In that first paragraph in the first chapter of “The Long War Against God,” he mentioned “the huge nuclear arsenals in the great nations” and the concern of smaller nations following in step. We have witnessed this with North Korea’s dictator, Kim Jong-un, who has a formidable nuclear arsenal that employs launching long-range missiles, causing tensions with the United States and South Korea. Other rogue nations have nuclear arsenals that are unfriendly to our nation and the western world that present a danger to world peace. The added risk of communist countries that have their vast storage of nuclear weapons is always a threat to the world with dire consequences.

Morris addresses this in apocalyptic terms as he refers to Luke 21:25 as stated, “And there shall be signs in the sun, and in the moon, and in the stars; and upon the earth distress of nations, with perplexity; the sea and the waves roaring.”

It is almost four decades that the infamous HIV plague was unleashed upon the world with a virus that attacks the immune system, leading to the latter stages of this fatal disease of Acquired Immune Deficiency Syndrome (AIDS). Morris mentions the HIV pandemic in his historic publication. While it may not be as contagious as the air-born respiratory disease COVID-19, another pandemic that we are experiencing that has turned the world upside down, HIV is still an infectious disease because it is transferred by bodily fluids. Both pandemics have the horrific reputation of killing millions of lives and producing worldwide fear.

Pandemics bring us to our knees. His judgments on sin are ever-present as God’s Word refers to the fools who purposely turn away from God as stated in Psalm 107:17:  “Fools because of their transgression, and because of their iniquities, are afflicted.”

The Attack on God’s Law
Morris continues to go through a litany of dangers that have horrific consequences. He recognized the pan-Arabic aggression, which is centered on the biblical Arab-Israeli conflict. He realized this aggression that has resulted in the hatred for the western culture that arose terrorist’s movement, which encouraged taking innocent civilian lives for radical Islamic beliefs. This movement has produced terrorist organizations that sponsored all kinds of brutality and raised martyrs who would sacrifice their lives by secretly securing bombs on themselves to increase the number of deaths and injuries. This kind of warfare was horrifyingly exemplified on September 11, 2001. Four coordinated events in the United States brought death to close to 3,000 innocent civilians and many more injured. It was inspired by the radical movement of the Islamist terrorist group called al-Qaeda. This event is instilled in the memory of many Americans that were completely surprised by the worst attack on U.S. soil by any foreign entity.

Today, since Morris’s publication, we have witnessed a nation established on biblical principles continue to slide away more exponentially than ever before. The moral fabric has collapsed, dividing those who fear God into those who want to make their own laws. Many countries allow the murdering of the unborn, as in America in 1973 with Roe versus Wade as ruled in the Supreme Court. Those who protest the movement of protecting the sanctity of life respond selfishly: “it’s a woman’s body.” The problem is that they fail to acknowledge that all life, including theirs, comes from their Creator.

Our Creator gave us a framework founded in His word for life in a functioning society to give honor and glory to His name. We belong to Him and not to ourselves. This is the primary teaching in Genesis. We also see an outward attack on our sexual identity as biological male and female, as stated in Genesis 1:27. In America, the U.S. Supreme Court ruled in favor of gay marriage in 2013, which opened the door for confusion regarding sexual identity without biology. It demonstrates a total disregard to God’s law that set marriage as a central functional unit of society to move forward from one generation to the next with one biological pair defined as male and female. Along with Genesis 2:24, “For this reason, a man will leave his father and mother and be united to his wife, and they will become one flesh” described in Genesis 1:27 as male and female. Jesus Christ used these verses to teach about the union of marriage when the Pharisees questioned him in Matthew 19:3-6. Today everything is upside down, and as Henry Morris reminds us, “Surely the world has gone mad.”

The prevalent dogmatic teaching of evolution in the western world, disguised as science, enforces secularism that expels the Divine Creator out of public sight. Communist countries welcome the teaching of evolution in their curriculum because it is based on naturalism philosophy, which promotes atheism. The Apostle Paul defines this as “futile in their thinking, and their foolish hearts were darkened” in Romans 1:20 and followed by the following verse 1:21 “Claiming to be wise, they became fools.’” Our universities and schools are run by those who claim to be wise but are what the Apostle Paul calls fools with their darkened hearts spreading the lie that nature is the Creator and infiltrating our society with lawlessness and chaos. They are weak and dangerous as it is said, “God gave them up to a debased mind to do what ought not to be done.” (Romans 1:28) They became so evil, and their practices were so repulsive that they knew this would deserve death and they continued to approve those who practiced evil as Paul describes in Romans 1:32.

We’ve been in a long war against God. This is not the time to be idle.

Our CSI ministry has understood this since its inception in 1988. We have always been outnumbered by the evil one who was cast down on earth. But God has given us tools to fight the war that we are guaranteed to win with the mighty sword of the Holy Spirit. It has the power to change man’s heart forever and move God’s righteousness to the darkest places on earth so that all can see the light of Christ. We need your support as we move forward with the truth of creation through our many different outreaches, including our museum, educational programs for all levels, including college courses, webinars, and seminars. Our Lord extended our vision to South America and will continue to increase, spreading the truth of our Creator wherever God leads us.