WHY IS THERE SUFFERING AND DEATH?


If God is defined as being all-powerful, all-knowing, and all-loving, why is there evil and suffering in the world? If God’s attributes are true, then using His infinite power, can’t He easily destroy evil and prevent suffering? If He proclaims to be all-knowing, then shouldn’t He be aware of the evil in this world? It cannot be hidden from Him. Lastly, if God is all-loving, why would He permit evil and suffering in the lives of His children whom He claims to love?

Is it rational for God to allow a Holocaust to occur that took 11 million lives? And why are there wars and pestilence that continue to take millions of innocent lives? Why do 9 million children per year worldwide die of starvation and disease before they reach age five? Every person on this earth (although some people more than others) is effected by evil, pain, suffering and death. The answers to these questions are central to our faith. They need to be answered because they are used so often, by so many to question the existence of God.

We find this kind of rationale rooted in atheism, a godless worldview that is steadily growing in America. This mindset is not new. It was Charles Darwin who popularized evolution by couching it in scientific terms. He also referred to the question of why a good God would allow mankind to suffer. Darwin attempts to explain the reason for death and suffering because of the struggle to survive through natural selection. Atheists have always accused God of allowing pain and suffering to be part of the human experience. Carl Sagan (1934-1996) was an extremely popular astronomer. He hosted the first Cosmos TV series in the 1980’s. It was well received both here and abroad.

After all, a Pulitzer Prize-winning author held up death as the hope for evolutionary succession. He stated:

The secrets of evolution are death and time—the deaths of enormous numbers of life forms that were imperfectly adapted to the environment; and time for a long succession of small mutations that were by accident adaptive, time for the slow accumulation of patterns of favorable mutations. [Sagan, D., & Volk, T. (2009). Death and Sex. White River Junction, VT: Chelsea Green Publishing Company, Inc., p.29] 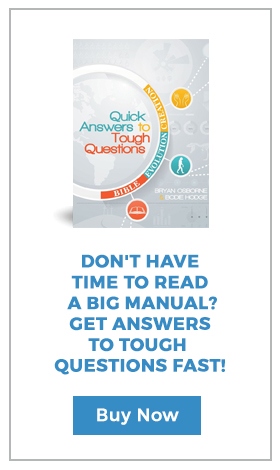 This is the favorite argument for the atheism movement. Although, on the surface these questions might appear to have value for an atheist, their argument is overwhelming flawed. Where did death come from? They have no explanation why things tend to decay rather than improve. Every living thing on earth dies. There is an inexplicable decaying force that not only acts on life but can be observed throughout the universe. Physicists have named this force the Second Law of Thermodynamics or simply “entropy.” Entropy is a thermodynamic quantity representing the unavailability of a system's thermal energy for conversion into mechanical work. It is often interpreted as the degree of disorder or randomness in the system. In more general terms, entropy is a lack of order or predictability, a gradual decline into disorder. Entropy certainly defies Darwin’s mechanism of natural selection. How can life go from simple to complex when the universal Law of Entropy stands in opposition to this process? Everything eventually succumbs to death and decay according to this same universal law. What we actually observe is devolution - the exact opposite of evolution.

Darwin had an idealistic view of man. He gave him the intellectual ability to naturally develop morality through evolutionary means. Although Darwin declared himself an agnostic, he warped into atheistic behavior especially in the area of morality. In his autobiography, he stated that man, apart from a belief in a personal God and His law, could determine his own destiny through his evolutionary social instinct. In his 1887 autobiography we read:

A man who has no assured and ever-present belief in the existence of a personal God or of future existence with retribution and reward, can have for his rule of life, as far as I can see, only to follow those impulses and instincts which are the strongest or which seem to him the best ones. A dog acts in this manner, but he does so blindly. A man, on the other hand, looks forwards and backwards, and compares his various feelings, desires and recollections. He then finds, in accordance with the verdict of all the wisest men that the highest satisfaction is derived from following certain impulses, namely the social instincts. [Darwin, C. (1887). Darwin, Francis, ed., The life and letters of Charles Darwin, including an autobiographical chapter. Darwin. Francis, (Ed.), London: John Murray.]


When we examine the human condition, it is apparent that such logic fails. It is certain that Hitler's atrocities, Stalin’s massacre of millions, and the perverted actions of serial killers all “follow those impulses and social instincts which are strongest or seem best” to them. What motivates man to do good and behave morally when government disappears? We have seen moral structure fall and anarchy come to fill the void as chaos and destruction ensues. This is why the atheistic agenda is so very dangerous and why it needs to be exposed.

SO WHERE DID PAIN, SUFFERING AND DEATH COME FROM?
It came as a direct result of Adam’s disobedience. In Genesis 2:17 we read, “But of the tree of the knowledge of good and evil you shall not eat, for in the day that you eat of it you shall surely die.” When Adam took of the fruit and ate, sin entered God’s perfect creation. Our world is broken, flawed by death and suffering. Our sin is what broke God’s perfect creation. The suffering in this world is the consequence of man’s disobedience to a holy God.

For the wages of sin is death; but the gift of God is eternal life through Jesus Christ our Lord. Romans 6:23

“For since by man came death, by Man also came the resurrection of the dead” (1 Corinthians 15:21).

The good news is that, Jesus Christ, came to earth to bear the penalty of our sins and be nailed to the Cross. His death and resurrection defeated death. By His atoning blood sacrifice for us, He has made a way for us to spend eternity with Him in heaven where there will be no more death, tears, or suffering.

And God shall wipe away all tears from their eyes; and there shall be no more death, neither sorrow, nor crying, neither shall there be any more pain: for the former things are passed away. Revelation 21:4